Well, one of us has and we will celebrate you!

209.6 miles to be exact and they were covered by Gemma Colling who completed eight marathons in eight days as part of the Great Barrow Challenge which ran for 10 days between 29 June and 8 July. Colling completed her fastest of these on day three in 5:51:15 and kept all of the days under 7 hours – remarkably consistent considering the various terrain and challenges.

Gemma was joined on various days by Paul Blackwell, who also completed the ultra-marathon option on various days of the challenge; Andy Stephens; Luke Groves; Vicky Presland; and Deborah Cubberley.

[Cubberley, Colling and Presland at the finish of Colling’s 8th marathon in as many days; the Great Barrow Challenge medal] 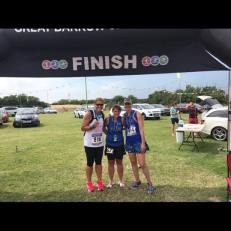 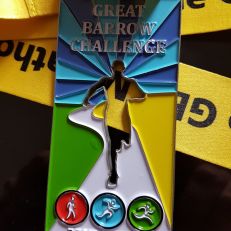 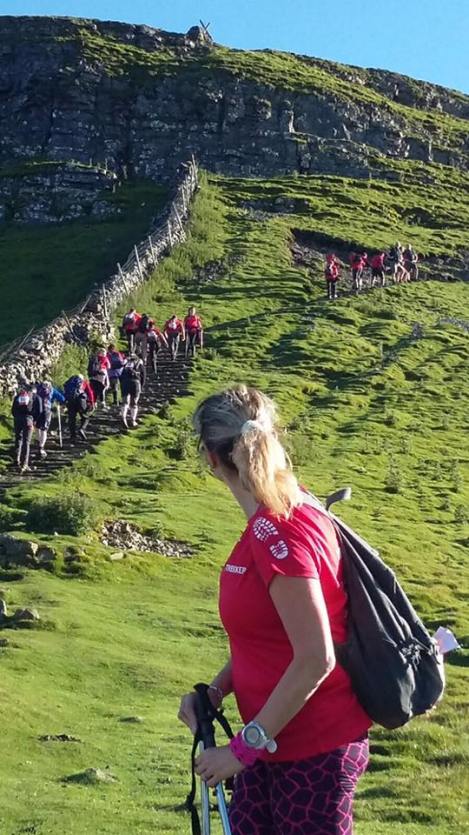 Not content with a marathon in the week, Andy Stephens travelled to the Heidlberg half marathon in Germany. A tough but scenic 13.1 miles along the Necker river on 30 degree heat was completed by Stephens in 1:59:47.

It was hot hot hot in Hyde park as well this week, when Scott Young joined 3,800 others to complete a 30 minute HIIT session led by Joe Wicks. This entered the record books as the largest ever HIIT session and judging by the smiles in the photo below, Scott and Beth had a very enjoyable time!

Young was touring the London parks this week as he was also seen at the JP Morgan Corporate Challenge in Battersea Park. Young completed the 5,600m course in 27:15. Closely behind and representing the GBRC ladies at this race as Chusa Bautista Fructuoso in 27:55.

Not satisfied with one discipline was Lorna Sharp, who took 14th place in the Alton Water Olympic distance triathlon. Finishing in 3:03:23, Sharp completed her swim in 37:51; her bike section in 1:22:30 and the 10k run in 1:00:33, one of her best performances in triathlon to date.

Matthew Jones had great success at the Southend half marathon with a personal best run of 1:36:32. The run was in support of Havens Hospice, travelling along the coast line on fast flat roads. Advertised as a personal best course, this was definitely the case for Jones this week.

During the week, the last of the Mickey Edwards series was run. This series of 5k races, exclusively for GBRC members, rewards improvement with points and points win prizes. With a season’s best run, Phil Presland stopped the clock in 21:13. Anthea Collsell also had a faster-than-in-a-long-while result with a time of 24:49. Full results for the evening will be available in due course on this website.

It was the second Saturday of the month, which meant that Frank Gardiner and Meera Rajoo-Oakley went across the country for a cross country 10k. This time in Thorndon Park near Basildon, the course was very up and down. Despite some (Gangster) Tripping over a particularly rocky path, Gardiner was the fourth in his age category with a time of 53:01; Rajoo-Oakley finished as the fifth lady overall in 48:32, taking home a brand new pair of running socks.

[Meera loves a wind turbine… the views at Thorndon park]

10,000m was on the cards for Deborah Cubberley and Paul Hollidge as well as they completed the Run for Champagne. The pair placed 65th and 66th in 1:02:58 and seemed to enjoy the champagne more than the run, enjoy that retox!

Junior parkrun on Sunday was attended by six of the GBRC younger members. Megan Hughes completed the course in 10:05; Angel Jasper followed closely in 10:24. Caitlyn Hughes ran a personal best with a time of 10:47. Rufus Keitch was also at his best stopping the clock on 10:52. Chloe Iddon finished in 17:10 and the youngest of the group, Mia Iddon was joined by the girls already finished to complete her run in 21:37. 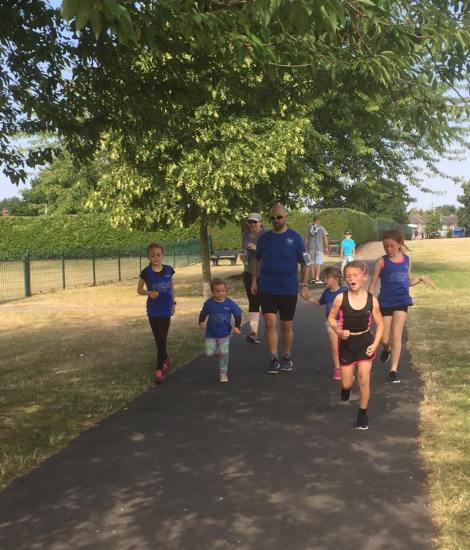 It was the local parkruns that welcomed the blue vests this week. At Colchester Castle James McCullagh led the charge in a time of 23:07. He was chased by Chusa Bautista Fructuoso in a time of 24:31. John Cooke finished in 26:56; Jake Darkins in 27:49; Claudia Keitch is 27:56; and Belinda Palmer-Barnes completed the representation at Colchester Castle in 30:15.

At Clacton Seafront Ray Baggs came home as second finisher in 19:29. Hot on his heels was Benjamin Ficken with a third place finish in 20:22. Kevin James completed the course 23:38, just ahead of first timer Tomasz Komorowski who stopped the clock in 24:33. Brian Telford crossed the line in 24:34, alongside Emma Wakeling who achieved a personal best of 24:35. Magdalena Komorowski ran the Clacton course for the first time finishing in 24:51 and getting a jolly photo in the process. 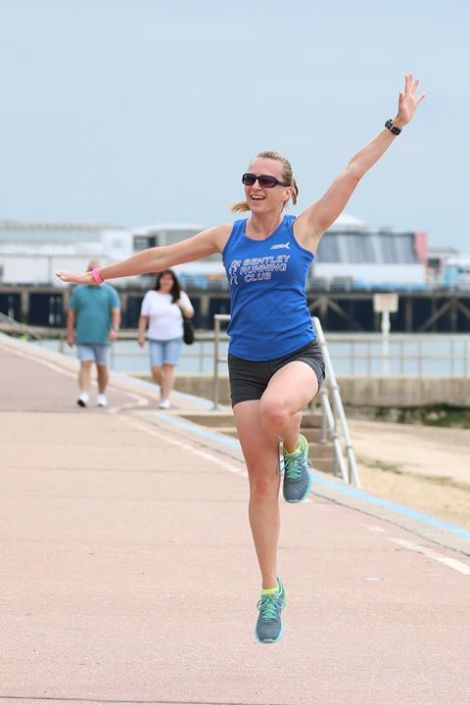 Harwich parkrun saw Antoinette Wilson finish as fourth lady in 24:09. She was joined by Malcolm Jarvis and Matthew Knowles who stopped the clock at 20:55 and 25:24 respectively.

There was also the small matter of the GBRC Friday 5-mile race this week. Having sold out, the roads of Great Bentley were full of runners hoping for personal bests as they raced the flat course.
For GBRC the representation was Paul Connell who bagged a personal best of 31:46; Charlie Keitch in 32:06, his fastest 5 miles in over 3 years; Matthew Jones in a personal best time of 33:52; Phil Presland with a season’s best of 34:54; Scott Young who crossed the line in 39:06; Antoinette Wilson was the first GBRC lady home in 39:30; Geraldine Springett took on the 5-mile distance for the first time and finished in 39:54; John Cooke in 41:24; and Sue Wright, who crossed the line in 51:13 after struggling in the heat.

There was also the annual display of cake baking efforts! No real prizes, but this reporter’s A-for-effort goes to Gary Hill for his superb chocolate icing!