On Saturday 6 Great Bentley runners travelled to Abbey Fields, Colchester for the annual Veterans’ Essex County Cross-Country Championships. The mostly flat and dry course was a significant change from the ploughed and rain-saturated fields of Ramsey, scene of the most recent cross-county league fixture.

Although the club did not field a full team this year there were, as usual some excellent individual performances. In the combined men’s V50, V60 and V70 race, and in a field of 85 finishers, Malcom Jarvis led Bentley home in a great 46th overall position and finishing 40th in the V50 category. He was quickly followed by strong performers, Rodger Alexander in 49th (43rd V50) and Paul Carlisle in 58th (48th V50). Martin West (80th overall) finished a highly creditable 21st in the V60 category. The combined age categories race was won by Colin Ridley of Colchester Harriers with the club also winning the team event. David Cox of Woodford Green won the V60 race. 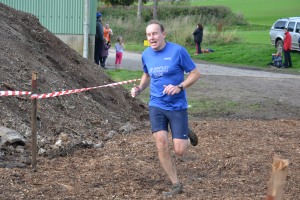 2 Bentley runners started the V40 race and in a field of 73 Matt Knowles finished a respectable 55th. Unfortunately Scott Young was unable to finish.

The previous Saturday, 2 Bentley runners went to the Eastern Counties Cross-Country Championships at Hilly Fields in Colchester. In the combined Senior and Veteran Mens’ race Matt Knowles finished a creditable 30th place overall and 13th in the V40 race from an overall field of 44.

Although Rodger Alexander was not competing he deserves a great deal of credit for being present all day, laying out the race courses from day-break in sub-zero temperatures and driving sleet, marshalling each of the 6 races and then dis-assembling the race courses at dusk.

Great Bentley will be returning to action in strength at next Sunday’s third 53-12 cross-country fixture of the season at Halstead.