This time of year seems to have a packed running calendar; this week being no exception with the Great Bentley annual outing to Wix 5 miler – a Harwich Runners event, now in the 14th year. It is also part of the Essex road running series and Eric Shaw had his sights  on Essex Gold. Gemma Camp ran with him and on a glorious sunny Sunday morning he was victorious. 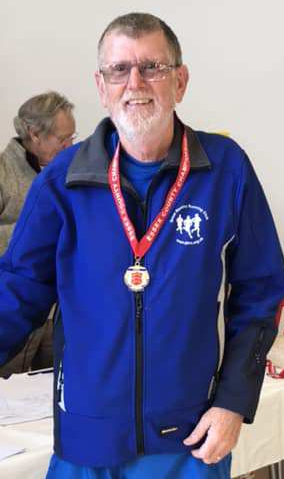 We had many superb performances at Wix with PBs from the following runners: Ryan Day, Paul Hollidge, Nikki Laverack, Eileen Shadford and Jason Skelton. Emma Levett-Welham ran eight minutes faster than the previous year. We had a debut run from Kirsty Preece and we welcome back Darren Horner to Great Bentley. Chip times are not yet available but all times can be found at http://www.harwichrunners.co.uk/1_wix5/2018/wix_results_2018.php  for our 71 runners. Well done all. 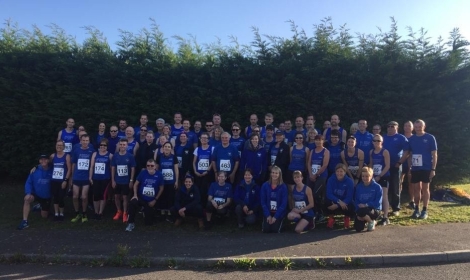 The sun was also shining in Chelmsford where Magdalena Komorowska and Matthew Jones were running in the 5th Chelmsford Marathon. This was Magdalena’s first marathon and after a good summer of training in the bag she nailed the 26.2 miles with a fantastic time of 4:08:25. Matthew Jones finished in 3:40:10, a time he was not that pleased with but after his training did not go so smoothly he was happy not to clock his slowest time for 26.2 miles.

In Portsmouth it was time for the Great South Run, with over 20,000 runners taking to the streets for this 10 mile run. Sarah Davison ran the course in 1:19:24.

Great Bentley Running Club was well represented in Bruges where 5 of our runners took part in the Bruges Half marathon. Luke Groves was pipped at the post by Claire with times of 1:58:48 and 1:58:46 respectively. Adrian Cherry was aiming for a sub two-hour half helping to pace partner Charlotte to a PB and they achieved this with Adrian crossing the finishing line in 1:59:14. Jack Wicks and Louise Upston also ran in 3:04:22. 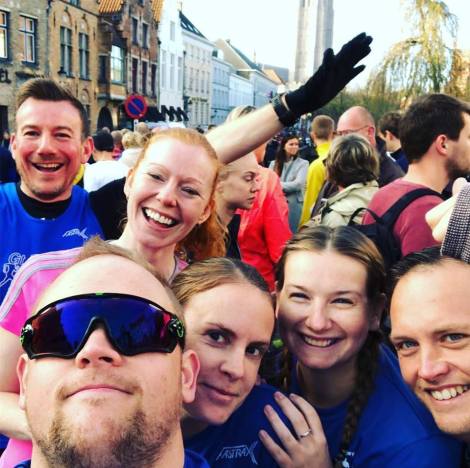 On Saturday three Bentley Blues went to Kings Forest in Suffolk to run a trail half marathon.Dave Jones ran in 2:25:55, Claire Poole ran in 2:26:09 and Teresa Jones finished in 2:36:19 – well done to you all, especially as we saw you at Wix the next day! 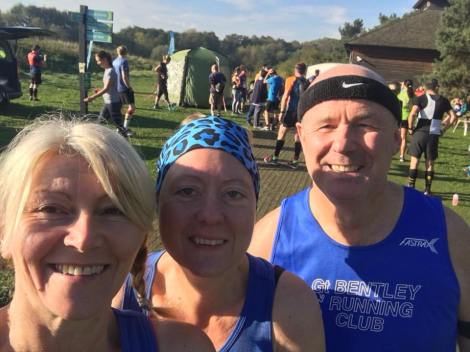 Earlier in the week Essex Trail Events put on a trail run in Chelmer Village called the Tarmac Twister. Taking on this twisting and turning course was Paul And Deborah Hollidge who finished the 6 and bit mile course in 55:28. They were closely followed by Phil and Katie Presland in 58:01. Vicky Presland walked the route whilst Sue Wright and John Bush finished in 1:32:28.

Ipswich parkrun: Ben Ficken and Janice produced a course PB in a time of 20:32.

Junior parkrun round-up: Yasmin Leek ran at Colchester in 15:18 and Amelia Ballard went to Ipswich where she ran in 15:57, a big improvement since she last ran a parkrun. Well done girls!