Summer may be in its final throes and the days may be getting a wee bit shorter but the Bentley blue vests continue to pound pavements, trails and even mountains!

Saturday saw Kent Paul Blackwell starting a 10 in 10 challenge in Kent: 10 ultra-marathons in 10 consecutive days for which he is earning himself a colourful collection of tank-shaped medals. Well, you do need to stamina of a tank to get through all that running! I’m sure you all agree with me wishing Paul all the best in completing his challenge.

Summer is a time when traditionally people go on holidays and some Bentley members decided to combine pleasure with pleasure, in other words, holidays with running. Kim Chatting was in France participating in the trail des Hauts Forts, in Morzine. Morzine, so Google informs me, is a ski resort in the French Alps close to the Swiss border. It is perhaps unsurprising that the beautiful 23km course had a 2,000-meter ascent. Kim completed the run in 4 hours 45 minutes and thoroughly recommends it. 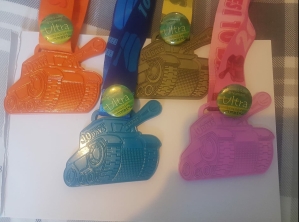 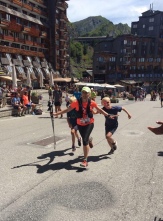 Another intrepid runner was Andy Stephens. Andy headed north to the land of Vikings and phonebooks searchable by name rather than by surname and completed the Reykjavik marathon in 3:36:54, his third fastest marathon despite the chilly headwind.

Some Bentley members decided to change their running shoes for hiking boots and completed the three peaks challenge. The weather may not have been the best but they all completed the challenge and were rewarded by a hot beverage. 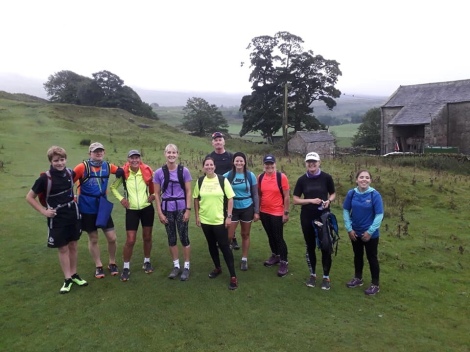 Closer to home, John Bush enjoyed the Chelmer Trail Run organised by Essex Trail Events. He decided on the short course, as he had not run alone before, which was approximately 4.6 miles. John thought the event was nice and friendly and was pleasantly surprised with the inclusion of tea/coffee and a biscuit in the very reasonable entry fee of £3.00.

For runners who relish the excitement of following instructions across hedges, kissing gates and stiles, Rodger had prepared the Rendlesham Forest Trail on Sunday. Several member took place and judging by the photos and comments posted on social media they all had a blast. I would encourage you all to attend at least one of Rodger’s Trails but don’t blame me if you get hooked!

Sunday was also the day when the Clacton 10km and Half Marathon races took place. Past reviews of this event have been mixed, with some organisational kinks that had to be ironed out. Bentley had two runners apiece for each event. In the 10km Ray Baggs finished in 41:42 and was follow by James Carter in 50:47. Tackling the longer distance were Luke Groves, who finished in 2:05:18 and Kieron Hayes, hot on Luke’s heels with 2:06:29. 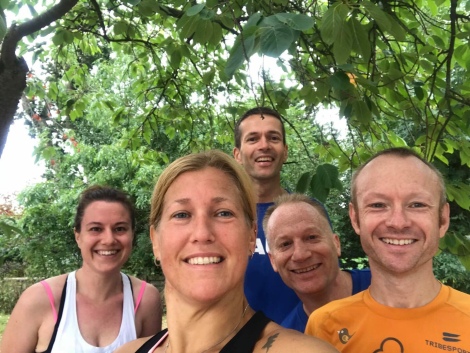 Parkrun tourists in Great Dunmow reported a tricky little course which would be excellent for cross-country training in wetter conditions. Charlie Keitch was first Bentley and second finisher overall in 19:45. He fancied his chances for the first finisher spot but was slightly weighted down by a few beers consumed in the running up to the run (not a race). Deborah Cubberley was first Bentley lady and second lady overall with a time of 26:04. Other runners were Paul Hollidge (26:05); Scott Young and Claudia Keitch, both with a time of 28:20. Other parkrunners who headed further afield were Cherie Hipkins, who completed Weymouth parkrun in 41:16 and Matthew Jones, who opted for Colney Lane parkrun, with a time of 22:55.