Stebbing 10 is a highly regarded scenic course run on quiet country lanes. It coincides with Remembrance Day with the two minutes silence observed by both runners and villagers alike. Frank Gardiner who has been putting in some great times this year continued this with another cracking run improving 12 minutes on his time last year around this course finishing in 1:20:34. Anthea Colsell reported this as her “worse race ever” getting a stitch at mile 2 that continued to mile 5 after which she turned on the afterburners and finished in 1:29:55 just 15 seconds off a PB. Talking of PB’s Leoni Harvey secured a nice shiny new fastest time of 1:31:28. Simon Miller also took on the undulating course and finished in a swift 1:11:58.

Sunday also saw the running of The Stowmarket Striders Scenic 7 which is advertised as a relatively flat 7 mile course with only a couple of undulations. Belinda Palmer-Barnes and Ruth Metcalf had a differing view of the course who said it “Was not flat!!!”. The duo weren’t put off though with Palmer-Barnes finishing in 1:09:40 and Metcalf 1:26:07 with their first runs over the 7 mile distance. 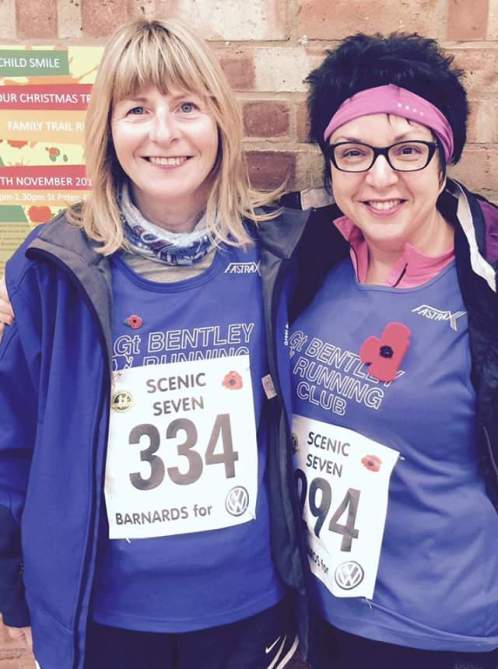 Parkrun was the order of the day on Saturday with 7 different parks seeing some blue this weekend. Malcolm Jarvis took on some tourism visiting Valentines Park Parkrun in Ilford and posting a time of 21:55 around the flat tarmaced course. Also venturing out further afield in Essex were Louise Upston, 30:01 at Basildon, Paul Cornell, 20:33 at Maldon and Matt Jones who’s chasing an elusive PB running 20:27 at Chelmsford.

Finally, Ben Ficken went Nuclear on Saturday and did the 12k obstacle course which include an obstacle called the @Deathslide@, which I must admist sounds awesome! #lovemud 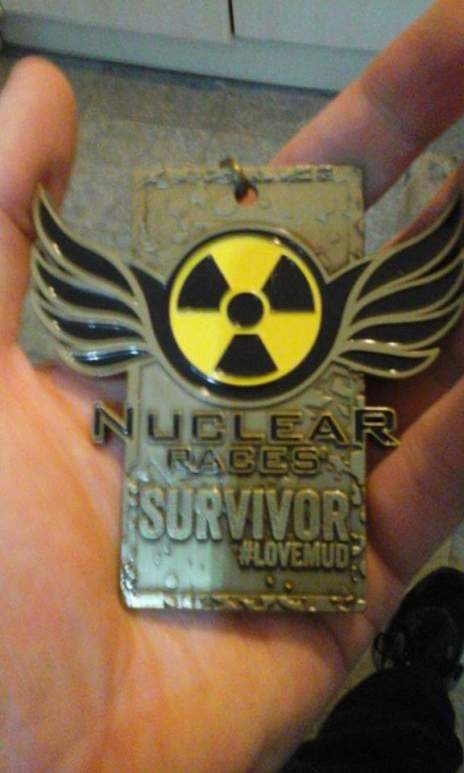