Hi Gents hope you are all well and ready to go this year, after a fairly quiet month in December, slowly but surely the races are beginning to pick up, I will start with December’s R.O.M Paul Blackwell who reached the big 50 in marathon’s, 3 completed this month alone, and with support from Janine, and Jamie they all successfully completed the Dymchurch Marathon, which was number 50 for Paul, a fantastic achievement, and one that deserves a huge pat on the back, I wish Paul every success on he’s march to join Keith Scrivener as member of the 100 club.

The tough Benfleet 15 attracted the usual hard-core off roaders, Charlie, Ben, Tom and John, well done guys and also huge congratulations to our Ladies Captain finishing 2nd with enough prize money to buy everyone a warm Horlicks, before diving into a bath full of mud.

XC returned at Hadleigh with 17 starters and 15 finishers, we returned an excellent 4th place finish and now lying in 3rd overall, this is turning into a very successful year for us, A fantastic 15th from Dave Wright his best ever, well done Dave I could see you in the distance, and you ran a great race, some other great placements from Russ,

Charlie, and Malcolm, Mark still managed to score despite a nasty fall and cut knee, delighted to see both Graham’s back in action, Patrick, Rob, and Martin all improved positioning, and Gary and son ran their 1st XC of the season, unfortunately for both Matt and John they had to withdraw.

A week later and the 3 amigo’s Charlie, Rodger and Matt headed over to Parliament Hill to take part in the gruelling 15k southern XC champs, well done guys for taking on the 3 lap beast.

In the juniors we had 5 boys with debuts for Tommy and Alex, Michael led the way home with Harrison close behind, and birthday boy Daniel leading the boy’s home, well done boys.

While over at Folksworth, Frank Gardiner and Emmanuel Popoola took on the popular, undulating 15 mile course with Frank finishing 7th in his age category. Well done guys, and Congratulations to John Bush for completing his 50th Park run, and to Matthew Knowles for winning the Harwich park run.

We welcome 3 new LIRF’S to the coaching team, Luke, Rodger, and Matt all completed the course this month, well done guys.

The last  2 XC races at Writtle on the 14th and Ipswich 28th  take place in February so I hope to see as many of you as possible to maintain our 3rd place overall. I will be emailing with regards our annual XC meal to take place in early March; it’s not just for those who run but also those who support the club throughout the XC season.

The Bentley half takes place before on the 7th so if you haven’t already and can do  please put your name down to Marshal, it’s our biggest event of the year and requires as many of you as possible to help out and maintain our reputation as one of the best half marathons in the area. 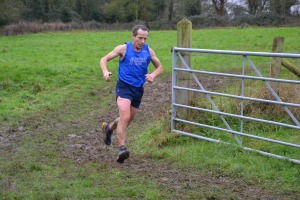 Some great individual efforts this month from many of you, but with a solid scoring position at Hadleigh, his best of the season, followed by a solid run at the southern XC champs, and he even fitted  a lirf course in this month, a man who gives so much to the club, and in return only wants an occasional slice of cake, he plays a huge part in the set-up of our events, and with his very own trail runs, this man just doesn’t stop, it’s a delight to see him running strong again, congratulations to the one and only Rodger Alexander.