A wet weekend at the seaside; some people’s idea of a what a typical British Summer is like but as we are now into Autumn I am sure we can forgive the weather.

Five Bentley Blues headed across the Orwell Bridge to take part in the Richard Bennett Felixstowe Coastal 10 miler. Named in memory of a former Felixstowe Road Runner this was a coastal course that took in the Port, promenade, links golf course (luckily no fores heard as no one daft enough to be on the course) and a section of energy zapping shingle. Magdalena Komorowska led the Blues home in a gun time of 1:19:51, a time worthy of a silver standard. The race placings went by gun time even though we were given a chip time, so everyone came in a  little bit quicker than the results suggest. Emma Wakeling is taking it a race at a time to get back to where she wants to be and she was really pleased with her time of 1:27:46. Caroline Searle, still training for a longer distance came home in 1:36:24 putting in a strong last mile finishing just ahead of Leoni Harvey in 1:36:49. Alison Clarke completed the line up in 1:45:33. The conditions were less than favourable with lashing rain but at least there was not a gale accompanying them!

Further afield, still with the watery theme Debs and Paul Hollidge ran the Draycote Water 20 mile race, which involves two laps of Draycote water near Rugby. Rain was threatening to join them on their venture but at the start line the rain stopped, bin bags overcoats were discarded and both had excellent races coming home with a personal best apiece. Paul finished in 2:35:53 and Debs crossed the line in 3:05:27. 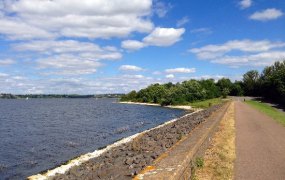 Continuing even further afield Jason Skelton was up in Hull to take part in the Hull Marathon, now in it’s 4th year, coming 176th out of over 600 runners, Jason secured a PB in a time of 3:44:58. No rain here, the water was provided by a run along Albert Dock and an out and back across the Humber Suspension bridge. 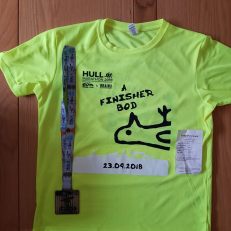 Matthew Jones did not want to be left out of the watery theme, in fact he started it, as he ventured to Walton-on-Thames on Saturday to take part in a Phoenix Running 6 hour challenge. With a 3D medal up for grabs Matthew Jones completed 29.5 miles in 4:31:38. The course was flat but as it was along a river towpath it was uneven in places with a footbridge to ascend and descend every lap. 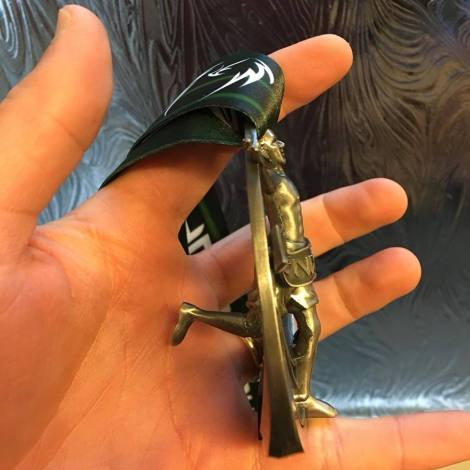 Now for parkrun round up:

Paul Connell ran at Maldon Prom in a time of 20:17 whilst Harry Booty ran Mersea Island parkrun in 29:42.

We had a few tourist parkruns this weekend. Larry Wise was at Corby parkrun and ran 28:29. Nick Goodman knew about the watery theme and ran at Rutland Water parkrun in 23:31.

Well done everyone for getting out there and finding some different races. A quick reminder for high visibility clothing when running at dawn, dusk or evening. I see so many runners around my way that do not realise that they are shadows not beacons when wearing nothing that reflects back the light. Keep safe everyone!