The roads of Wix, Great Oakley and Stones Green were filled with Great Bentley RC blue on Sunday 16th October with 66 club members participating in the Wix 5. By far the largest club contingent, the GBRC runners pushed each other onwards and the result was celebration of personal bests and age category wins.

For the men, the male 70+ category was won by Eric Shaw in a time of 39:28; and Michael Sommerlad put in a stellar performance in the Male 80+ category with a time of 1:11:34, earning the GBRC outstanding performance award. 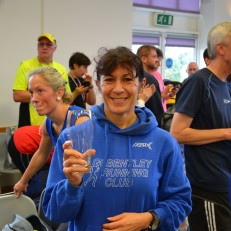 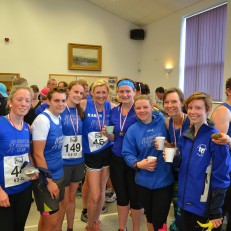 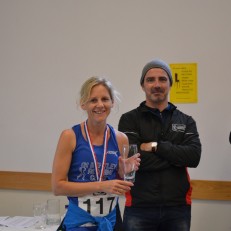 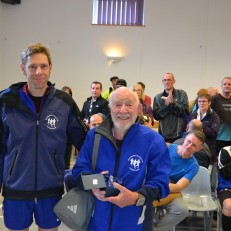 Personal best runs came from David Iddon with a time of 47:19; Rebecca Conran in 41:46; Paul Davison in 33:06; Lee Clarkson with 33:42; Belinda Palmer-Barnes who stopped the clock in 46:05; Claire Groves with a sterling performance and a time of 37:33; Meera Rajoo-Oakley whose campaign to break 36 minutes had finally been won with a time of 35:55; Gemma Colling in 43:00; Matthew Jones, who smashed his previous time of by 104 seconds to finish in 35:37; and Luke Groves who followed his half marathon PB of the previous week and crossed the line in 45:11.

Running their first ever races were Tim Ballard who achieved a time of 37:08 and Jem Gibson who crossed the line in 43:37.

The Wix 5 mile event probably gets GBRC’s largest turnout each year and is a true club event. The race is hosted by Harwich Runners, who in turn had 42 members out on course. Members of 23 different clubs participated and in total 306 runners completed the race.

From near to far now, with some GBRC tourism. Sue Wright completed the Amsterdam half marathon this weekend. Wright had hoped to run the full marathon this weekend, however having suffered with a hamstring injury over the summer, she made the sensible choice not to risk her recovery and swapped to the shorter race. Describing the course as mostly flat and beautifully scenic, wright finished in 2:34:08 and has given the race a high recommendation. 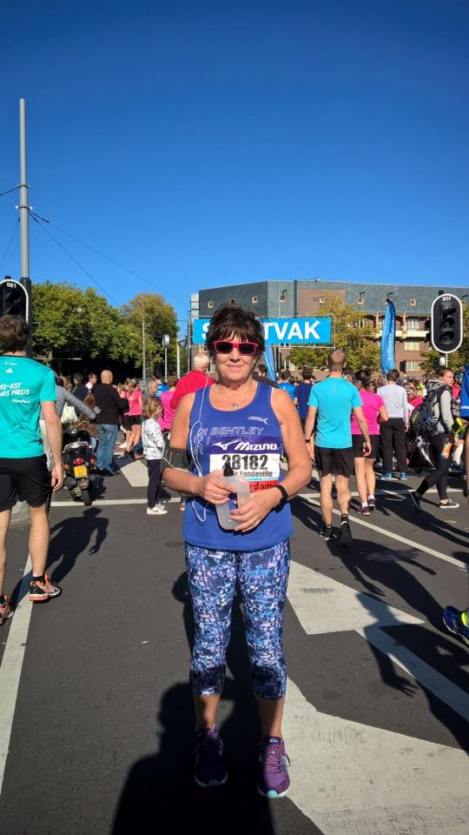 [Sue at the Amsterdam Half Marathon]

Also doing a spot of tourism were John and Sue McKay. Running Darwin parkrun in the land down under John finished just ahead of Sue in a time of 35:34 and 112th position. Sue took 113th position in a time of 36:10. Both were having their first taste of parkrun, perhaps we will see them at one of our local favourites soon?

Also having its first parkrun experience was Clacton Seafront. GBRC’s Rebecca Conran was Run Director at the first Clacton Seafront event and that blue vests turned up in force. Gary Parker came home as 5th male finisher with a time of 20:38. Also breaking into the top 20 was Lee Clarkson in 22:10, 17th male. The representation for the GBRC men included Kevin James (24:12) who was followed closely by Patrick Reynolds (24:28) and Brian Telford (24:35); Scott Young  and Paul Hollidge ran together and stopped the click on 25:27; Frank Gardiner saved his legs for Wix and ran with a friend from Harwich Runners, they finished in 26:00; Jack Wicks and Jem Gibson finished together in 27:09 and 27:11 respectively; and John Bush tested his legs before Sunday’s Wix, completing his 5000m in 35:16. For the ladies, Chusa Bautista Fructuoso led the contingent home with a time of 26:14 in what was her 50th parkrun, she is now eligible to wear the coveted red t-shirt. Leoni Harvey finished in 29:14 with Alison Clarke close behind in 29:20. Davina Swindell ran the course in 30:24; and Sandra James and Vicki Parker completed the line-up stopping the clock on 34:13 and 38:38 respectively.

The inaugural Clacton Seafront parkrun meant that GBRC representation was thin on the ground at Colchester Castle. Andy Stephens completed the hilly course in 22:37 and Charlie Keitch, resting his legs for Sunday’s Wix ran his 5000m in 24:32. Benjamin Ficken was also out on the Colchester Castle course, however is absent from the results – a case of a forgotten barcode perhaps?

At Basildon parkrun Louise Upston was the 15th female finisher in a time of 28:55, her fastest time on this course since July.

Having already reached 100 marathons has not put of Mr Blackwell off. Completing the Winnie the Pooh Wander on Saturday 15th October, Blackwell completed 26.2 miles in 5:20:58. On Sunday, a more leisurely journey around the Hundred Aker Wood saw Blackwell complete 26.2 miles as part of the Tigger Bounce-a-thon in a time of 6:28:22. 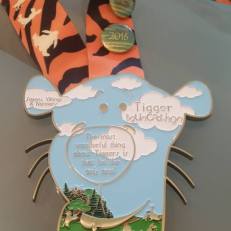 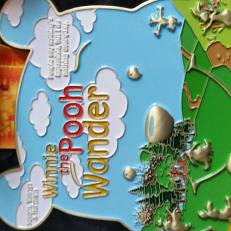