52 club members lined up on Plough Road on Wednesday evening for the first in the series of Mickey Edwards 5K races.

The series, exclusively for Great Bentley Running Club members, uses the notoriously flat roads around Great Bentley, giving perfect conditions for achieving personal best times and that was the case for at least five runners. 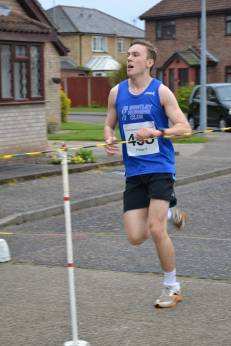 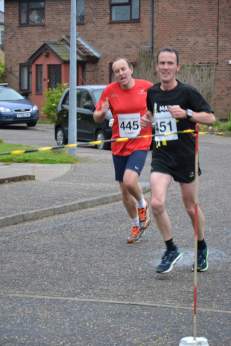 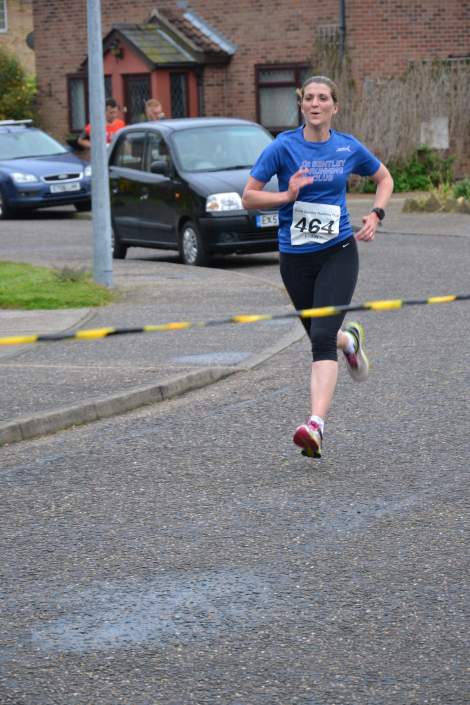 The series continues for another 4 races, with points scored if runners improve on their previous time. 2015’s winner was Jenny Aylen who improved her time from 27:17 to 22:54.

The 5000 metre distance was also the choice of many over the weekend with GBRC members attending parkruns across the region.

Charlie Keitch travelled to Finsbury parkrun for the first time and completed their undulating course in 19:31. Keitch was the 24th finisher out of 291.

Basildon parkrun once again welcomed Louise Upston who ran a personal best time for the course of 28:01 and was the 13th lady home in a field of 81.

Beckton parkrun saw 74 runners complete their course, of which GBRC’s George Mears was one. Mears crossed the line in 18:05, a personal best time that saw him as the second runner home overall.

A record turnout of 415 runners at Colchester Castle parkrun included 17 GBRC members.
Gary Parker was the first Bentley runner home, in 12 position and achieving a personal best time for the course of 19:29. Benjamin Ficken followed in 19:50 and also placed in the top 20 male finishers at position 16. Matthew Jones finished in 22:53 with Philip Presland close behind who, in 23:25, ran his fastest time for the course since July 2015. 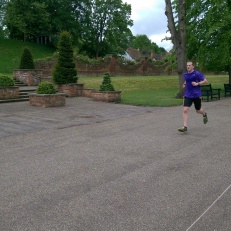 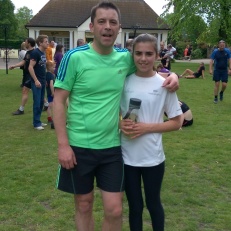 Chusa Bautista Fructuoso was the first GBRC lady to cross the line and stopped the clock in 24:27. Also placing in the top 20 female finishers was Lorna Sharp on her debut run of the Colchester Castle course. Sharp completed her 5k in 24:31 after having swam and cycled prior to the run. Hot on Sharp’s heels was Natalie Stewart, finishing as the 20th lady that morning and running personal best of 24:33. 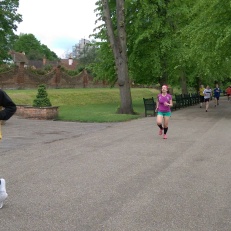 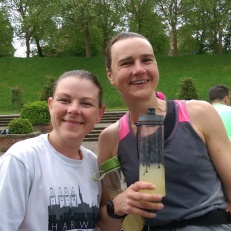 (left) Chusa Bautista Fructuoso about 10 metres from the finish line at Colchester Castle; (right) A happy Lorna Sharp after her Colchester Castle debut with Vicky Presland who, after a long training run, had stopped by to support husband Phil and daughter Milly.

Paul Hollidge completed the course in 25:07; and slipping into the top 200 at position 192 was Lee Clarkson in 27:20. Megan Hughes, running in the under 11’s category achieved a personal best time of 29:19. Deborah Cubberley accompanied Hughes, coming in just behind her in 29:24. 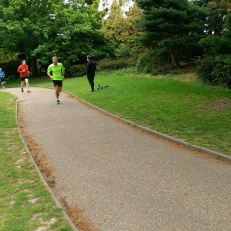 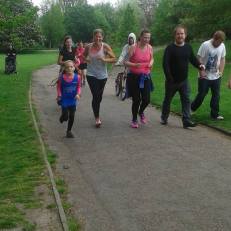 Claudia Keitch and Scott Young crossed the line just one second apart in 30:08 and 30:09 respectively, to be followed by a recovering Helene Tyler who having been struck down in the week by a virus still managed to complete the course in a respectable 31:46. Ruth Metcalfe ran her fastest time for the course in 2016, crossing the line in 34:52. Just four seconds away from a personal best run was Linzi Iddon who crossed the line in 38:38; and completing the GBRC line up was, with her first ever parkrun, Louise Cassidy who stopped the clock in 53:33.

Over to Ipswich parkrun where 288 runners completed the course in Chantry park. Keith Oakley, running at Ipswich for his first time, was the 95th runner home in 25:37.

Harwich parkrun was attended by Malcolm Jarvis who, as the 9th male finisher, stopped the clock in 20:58. Antoinette Wilson also ran at Harwich and was the second lady to cross the line with a time of 24:50; and Eric Shaw made his Harwich parkrun debut, finishing his 5000 metres in 45:07.